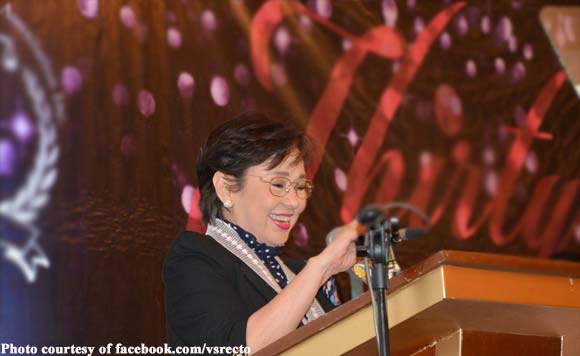 Batangas Rep. Vilma Santos has no plans of running for either of the two highest elective positions in the country despite her fame.

In a chat with a fan shared by Philippine Star entertainment editor Ricky Lo, Santos revealed that she rejected offers to run for vice president three timees because of her family.

“Modesty aside, I was offered already thrice to run as Vice President, but thrice ko rin tinurn-down. I said I will be unfair because I have my own priorities. No. 1 is my immediate family,” she said.

As proof of how much she values her family, Santos admitted she will never hesitate to choose her son over attending to calamity victims.

“Pag-Vice President ka, as an executive, halimbawa may kalamidad na nangyari, and they’ll ask you to go there and it so happens that your son is sick, ay sa anak po ako. I said that if ever I ran, I would settle for a position in which I would be effective,” she said.