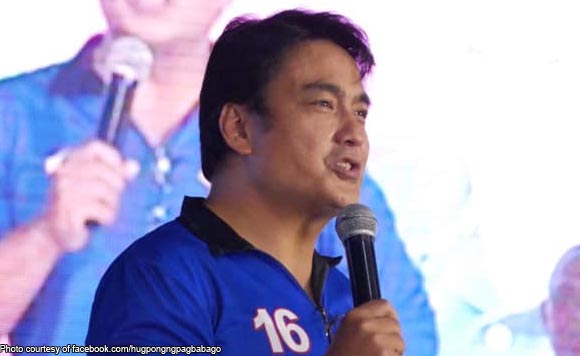 Presumptive Senator-elect Ramon “Bong” Revilla Jr. only has work in his mind as he prepares for his Senate comeback.

In an interview over dwIZ radio, Revilla maintained he is not a bad person despite his detention over a plunder charge related to the multibillion-peso pork barrel scam.

While Revilla’s appeal as an actor helped in his campaign, he said he will not be an entertainer in the Senate.

One of Revilla’s memorable campaign ads was his commercial showing him dancing to the “Budots” tune with his relatives.

The tribunal ruled that did not earn P224.5 million worth of kickbacks by misusing his Priority Development Assistance Fund as senator under the Arroyo administration.

Revilla, however, is still facing a graft case over the pork barrel scam.