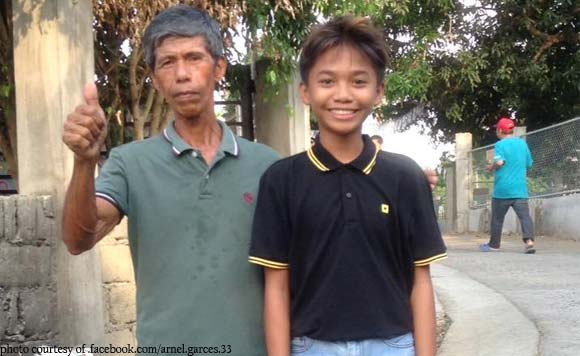 A gravedigger has topped the race to become a member of Taal, Batangas’ city council.

Arnel Garces garnered 17,787 votes to lead the 20 candidates who ran for councilor. He had over 4,000 more votes than the aspirant who placed second.

He ran for independent because he did not have money to finance his campaign and no party wanted to take him in.

Garces improvised by going around Taal’s barangays on board his motorcycle. In his stops, he encouraged people to vote for him.