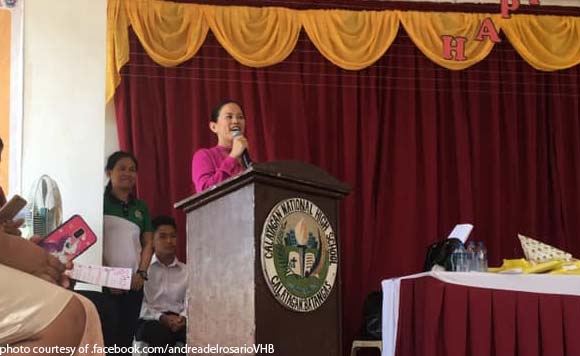 Calatagan Vice Mayor Andrea del Rosario was not lucky enough to score another term in the recent elections.

But all is not lost. Del Rosario believes that in life, losing can be as important as losing.

For her, what is important is that she did her best and she showed the people of Calatagan that she did not abandon them.

Now that all the votes have been counted, she wants to convey her thanks to all those who supported her and campaigned for her.

It had been an honor to represent the town, she added.

Another term as Vice Mayor may not be the role for her, but we’re sure she can find new roles in the future!

It was an honor to represent calatagan,