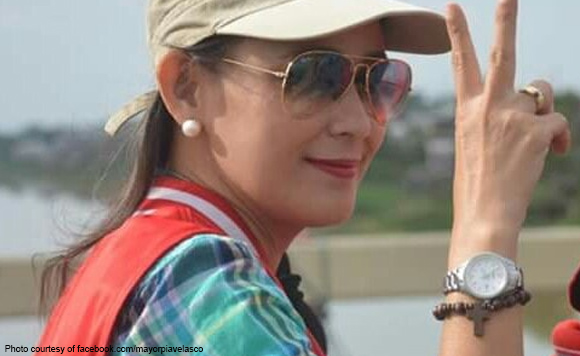 Velasco has hinted at being cheated of a win in the May 13 elections in posts and comments made on her Facebook page.

After voting ended on Monday, Velasco posted a photo of the results from Barangays Sto. Nino and Santa Rosa, which showed a 100 percent turnout of voters.

She claimed this was impossible.

The vice mayor also took issue at having just a few votes in a Tuesday post.