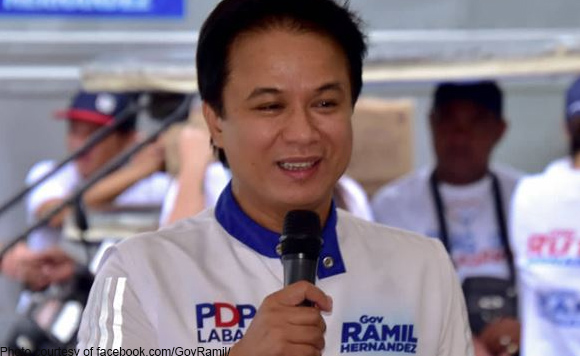 STA. CRUZ, Laguna — On the eve of the May 13 elections, some 100 protesters here rallied in front of the house of reelectionist governor Ramil Hernandez in Bay town, following an alleged vote-buying incident involving a village councilor and a supporter in Sitio 4, Barangay Oogong in this capital town.

The protesters chanted “No to P1,500” and were aghast at the pre-election vote-buying involving Melchor Cabrejas Sta. Ana, 61 and Miriam Dardo Octavio, 54, a bar soap retailer.

The sample ballots, reportedly bearing the names of Hernandez and 13 other local candidates under the Nacionalista Party, are now in the custody of the local Commission on Elections (Comelec) and police.

Matta said charges are being prepared against Sta. Ana and Octavio in violation of the Omnibus Election Code under Batas Pambansa 881, Section 26a.

Matta said the team of the Provincial Intelligence Branch, led by Maj. Jay Orapa of Drug Enforcement Unit, and the Sta. Cruz police were conducting their operations when they saw the two suspects distributing sample ballots to residents.

Authorities also confiscated a notebook and the P2,700 cash from the suspects.

Matta said the operation stemmed from tip-off by residents on the alleged vote-buying incident in the village. (PNA)