Bong Revilla caps off campaign with a bang in Rizal 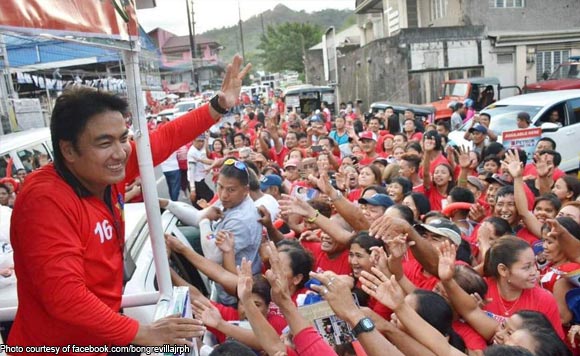 Former senator Bong Revilla felt voters’ overflowing support for his comeback bid to the Senate as he capped off his campaign in Rizal Saturday.

A photo shared by Revilla on Facebook showed throngs of supporters wanting to get close to his motorcade in the province.

Energized by the people’s warm reception, the former senator waved enthusiastically to the crowd.

Pulse Asia’s last survey ahead of the May 13 elections showed Revilla practically assured of a Senate seat.

He ranked fifth among senatorial bets with a statistical chance of winning.