Back in Batangas: Chel Diokno ends campaign in hometown 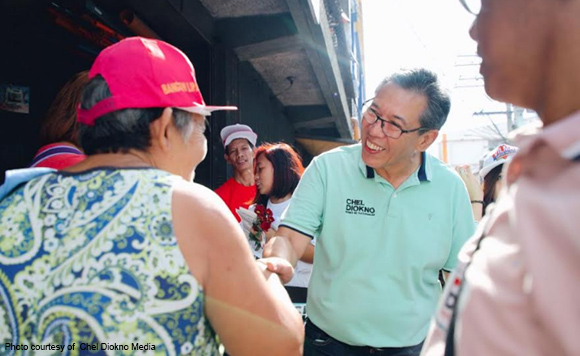 Diokno held a motorcade with volunteers starting from Lipa City, going to San Jose, and ending in Batangas City. This was followed by visit to public markets across the province.

Diokno became sentimental reflecting on his campaign as the election nears.

Diokno has been endorsed by Mercado and Taal’s local officials, as well as by fellow Batangueños Sen. Ralph Recto and Rep. Vilma Santos-Recto, and local political party One Batangas.

Generations of Dioknos hail from Taal, including the veteran human rights lawyer’s grandfather Ananias who was a general in the revolution, his grandfather Ramon who served as a senator, and his father Jose or Ka Pepe, who was a former Justice Secretary and the lawmaker who became the first head of the Commission on Human Rights.