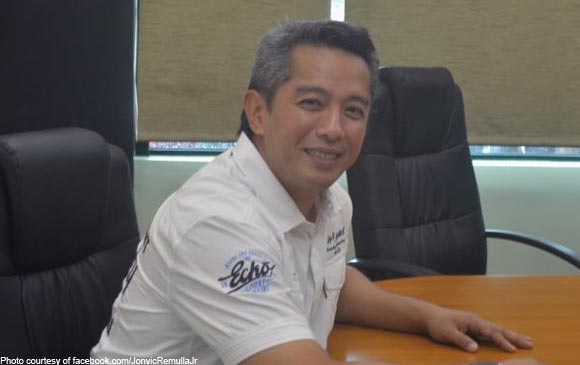 A petition for disqualification has been filed before the Commission on Elections (Comelec) against Cavite gubernatorial candidate Jonvic Remulla for alleged vote buying.

The complaint was filed by a certain Efepania Sunico from Bacoor, Cavite.

Sunico’s lawyer, Mynoa Refazo-Sto. Domingo, said her client was among those who received money from Remulla’s supporters over the weekend.

Operatives of the Criminal Investigation and Detection Group (CIDG) arrested 10 of Remulla’s poll watchers for allegedly trying to buy votes.

Among the items seized from the former governor’s supporters were bundles of small, brown envelopes containing P200 each, with the total amount reaching P75,800.

Remulla said the money seized from his poll watchers were their training allowance for the last week before the May 13 polls.