Scam yan! Cabuyao Mayor Mel Gecolea warns vs text messages claiming he will give out money 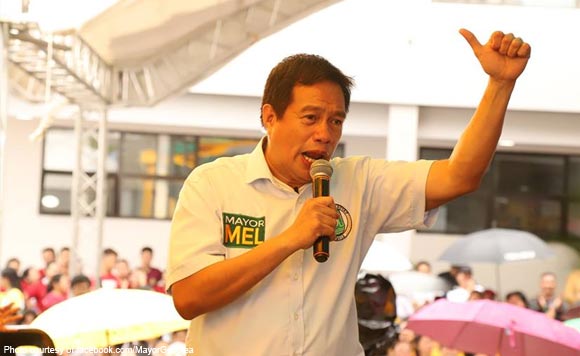 With the elections drawing nearer, black propagandists seem to be working overtime.

Cabuyao Mayor Mel Gecolea is warning his constituents not to believe text messages being circulated claiming that he would be giving out P3,000 in cash to people who would visit his farm and show their voter’s ID.

The text message claims to come from Councilor Ting Alimagno.

But Gecolea said there was not one shred of truth in the message as it had not come from him or from anyone in his party.

He urged people to be careful and to be discerning when it comes to the information they receive, especially as the elections draw near.

We can expect dirty tactics to go into overdrive!