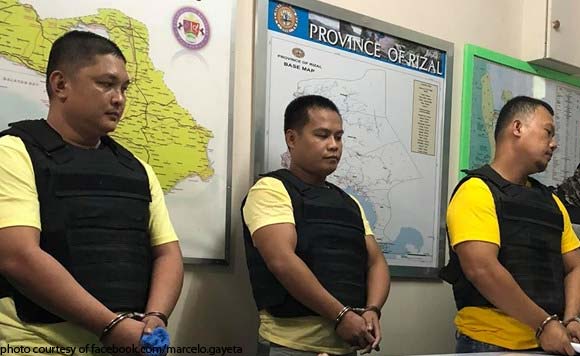 Sariaya Mayor Marcelo Gayeta will make sure that justice is served for his son and employees’ killer and that the people behind it would pay.

Gayeta came face to face with the suspects once more and he could not help but vent his anger.

In a Facebook post, Gayeta said that because of these men’s act of killing, all that they had worked hard for will be gone as they had violated the law.

They will forever regret what they did to the families they shattered, he said.

He added that he hoped that what happened to him would not happen to their families, that they would not feel the hurt that he is going through.

He hopes for a verdict to be rendered soon in this case.

His son and his employee’s life may not be brought back, but justice must still be served.

Politiko would love to hear your views on this...
Tags: justice, killers, Mayor Marcelo Gayeta, Sariaya