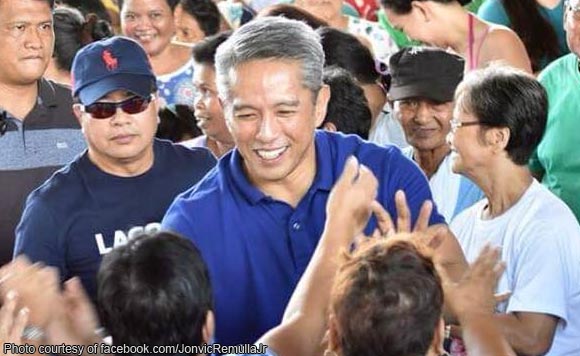 Former Cavite governor Jonvic Remulla has denied that his camp is buying votes following the arrest of 10 individuals linked to his campaign.

In a statement Sunday, Remulla confirmed that the 10 suspects arrested by operatives of the Criminal Investigation and Detection Group (CIDG) were part of his campaign as watchers.

However, he said the money the money confiscated by the police were the watchers’ travel allowance.

“The watchers ate duly accredited and trained together with a reporting app attached to their smartphones. In the process of distributing their travel allowance for next week’s training, they were raided and accosted and arrested with no charges,” Remulla said.

According to a police report, the 10 poll watchers were arrested at around 6 p.m. Saturday in Barangay Zapote, Bacoor after a citizen called the police’s attention to an alleged attempt to buy votes.

Confiscated from the suspects were bundles of small, brown envelopes containg P200, with the total amount of P75,800; additional cash amounting to P83,000, two shirts bearing the names of two local candidates and a party-list, and a notebook containing people’s names.

Remulla said his camp is ready to produce the mobile app detailing the watchers’ operations to clear what he called a “misunderstanding.”

He added that they do not need to buy votes because “we are comfortable with our standings.”

“We hope that the authorities will use their powers judiciously. We welcome them to watch and observe our watchers’ training next week,” Remulla said.