We felt the love! Eric Africa touched by warm reception from Lipeños 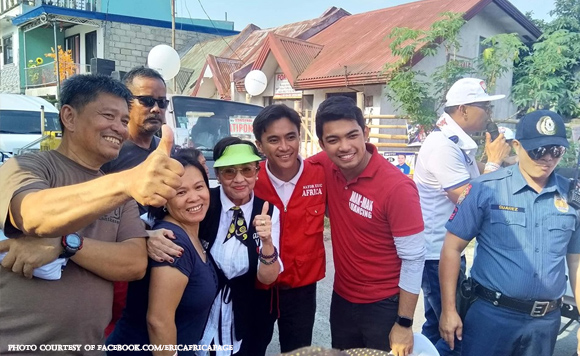 Lipa vice mayor Eric Africa is more motivated to campaign with barely a week to go before the May 13 elections because of the warm reception he has been receiving from residents.

Photos shared by Africa on Facebook showed residents of Villa De Lipa 2 welcoming him with smiles and hugs when he campaigned there recently.

It helped Africa that he was with a certified crowd drawer, Rep. Vilma Santos, who’s running for reelection, as well as his running mate, Councilor Mak Mak Luancing.

Touched by the support he received, Africa thanked residents of Villa De Lipa 2.