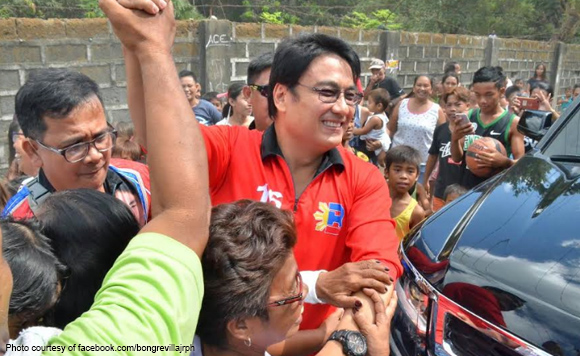 Former senator Ramon “Bong” Revilla Jr. proved he’s still a darling of the masses as he sought the support of Batangueños for his senatorial bid.

Revilla received a warm reception as he went around various towns in Batangas recently.

Congresswoman Eileen Ermita-Buhain endorsed Revilla and vowed to deliver votes for him in the May 13 elections.

In between stops of his motorcade, Revilla charmed voters by telling them that they would not have a problem looking for the number 16, his place in the ballot, because it was the age when he fell for his wife, Bacoor mayor Lani Mercado.

He vowed to worked harder to pass more laws for the benefit of Batangueños should he succeed in returning to the Senate.