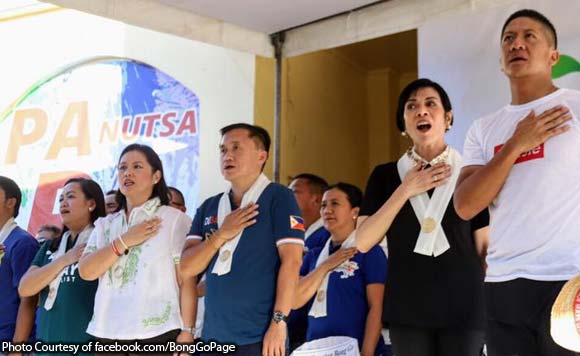 Former Special Assistant to the President Bong Go was formally declared as an adopted son of the heritage town of Taal during his return to his grandparents’ home province on April 26.

Taal Mayor Fulgencio “Pong” Mercado presented to Go Sangguniang Bayan Resolution No. 47, series of 2019, approved on April 8, 2019 declaring him an adopted son of the municipality.

The resolution cited Go’s “relentless effort in uplifting the interest of the poor, particularly disaster victims and indigents all over the country,” as well as his advocacy for the Malasakit Center, which seeks to assist the underprivileged.

Go was overwhelmed with gratitude for the honor bestowed upon him by Taal’s municipal government.