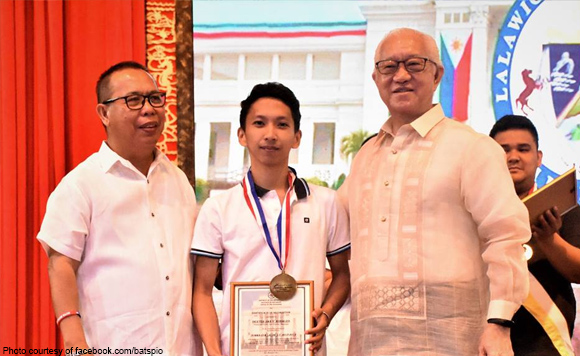 Mandanas gave plaques of recognition to the distinguished students at an awarding ceremony held at the provincial capitol on April 15.

Rosales, who hails from San Pascual, is the son of a teacher and jeepney driver.

The governor recognized as well students from Stonyhurst Southville International School – Batangas City, who won a bronze medal at the Duke of Edinburgh’s International Award.