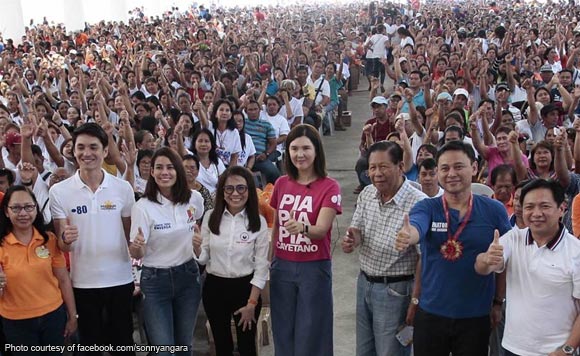 Officials of Quezon pulled out all stops to make Senator Angara feel welcome when he campaigned in the province this week.

The lawmaker was greeted by local officials led by Reps. Trina Enverga and Helen Tan.

The covered court in Gumaca where Angara spoke was filled with adoring supporters who were delighted by his presence.

In a Facebook post, Angara said Quezon will always have a special place in his heart because it used to be part of his home province, Aurora.

“As a native of Baler, Aurora which used to be part of Quezon, we will always have that affinity and shared history,” he said.

Angara was joined on the Quezon leg of his campaign by Taguig City Rep. Pia Cayetano, who is eyeing a Senate comeback.