Laguna Gov. Ramil Hernandez shows he has the President’s support 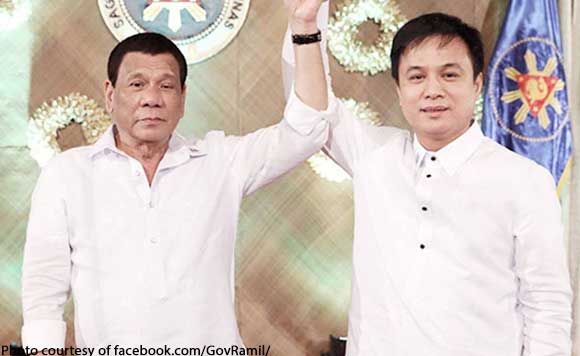 Laguna Gov. Ramil Hernandez wants to show that he has President Duterte’s support in his bid for reelection.

On Facebook, Hernandez shared a photo of the President raising his hand in Malacanang. The photo also identified the President as the PDP-Laban national chair and Hernandez as the provincial chair of Laguna.

Hernandez thanked Mr. Duterte for his continued support and belief in his capability to lead and enrich Laguna.

He vowed to never take advantage of the people, since it is his duty to protect them. He would continue to bring the people proper public service, he added.

Since Hernandez belongs to the President’s party, is there any doubt of his support for the Laguna governor?