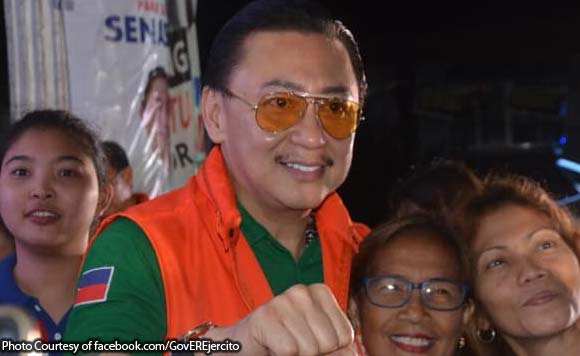 Former Laguna governor Emilio Ramon “ER” Ejercito has been convicted of graft over an anomalous insurance deal he approved when he was mayor of Pagsanjan.

The Sandiganbayan 4th Division has issued a decision which found him guilty of the offense and sentenced him to imprisonment ranging from six to eight years.

Ejercito was also meted with the penalty of perpetual disqualification from holding public office.

The case stemmed from the 2008 deal made by the Pagsanjan local government with First Rapids Care Ventures (FRCV) to insure boatmen and tourists plying the Pagsanjan Gorge.

The Office of the Ombudsman which filed the case discovered that the deal was awarded to FRCV without holding the required public bidding.

Apart from this, FRCV was also found operating without license or certificate of authority from the Insurance Commission to engage in the insurance business.

Meanwhile, the court order Ejercito to post a bail bond of P30,000 for his provisional liberty while he appeals his conviction.