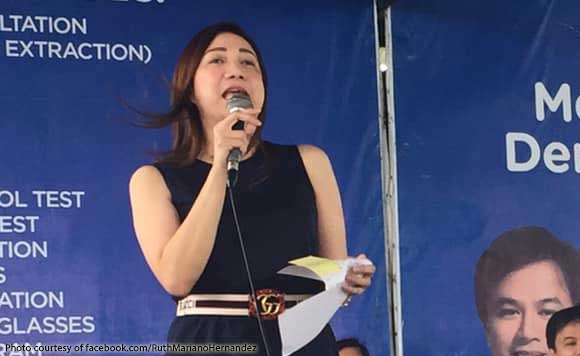 Here’s a chance for fans of Laguna Board Member Ruth Mariano Hernandez and her husband, Laguna Gov. Ramil Hernandez, to see them in your homes.

Hernandez, who is running for Congress, has challenged their supporters to take their photos with her campaign materials— either ones they made themselves or those provided by their campaign staff.

They should post the photos on her Facebook page or send these as a message, and the most creative picture-taker will get a personal visit from them after the election.

This is all they could do as they have no riches to give away, she said.

But she also thought up the contest to show that they value the people of Laguna the most, and their support for her and her husband is invaluable.

The people’s support is priceless, after all.