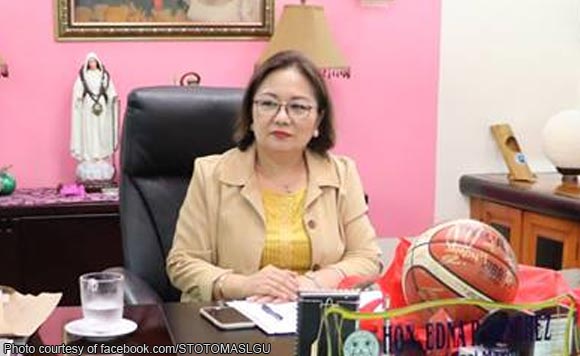 Sto. Tomas, Batangas Mayor Edna Sanchez is facing a graft complaint before the Office of the Ombudsman for allegedly demanding kickbacks from the firm which bagged a 2010 contract with the municipality.

The complaint was filed by WeDo BPO Inc. which won the 2010 contract to upgrade the municipality’s waterworks billing and collection system.

WeDo alleged that after it won the contract Sanchez demanded all payments it received for the contract be turned over to her since she facilitated its approval.

The complainant recounted that in September 2010 she sent her police bodyguard to pick up from WeDo P1 million in cash and a check worth P1.2 million which she encashed.

WeDo later informed Sanchez it only received P4.94 million for the project but she insisted P5.9 million has been allotted to it.

Even though WeDo said payment for taxes was withheld and 10 percent of the total amount retained, Sanchez still demanded for the proceeds to be turned over to her.

Her bodyguard allegedly picked up and deposited the money, while various town officials withdrew the amounts.