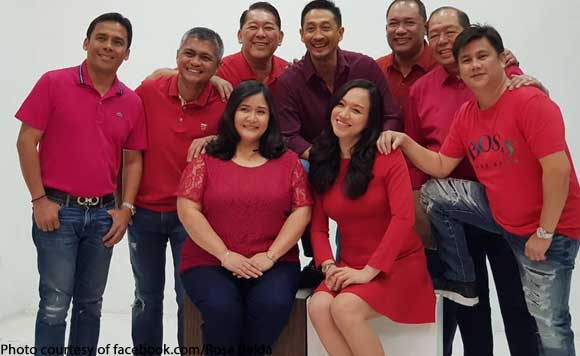 They came by plane, trains, and automobiles.

Vice Governors in the country took time out from their busy schedules to come together for a photoshoot so that they would have something to remember their years of public service.

The Vice Governors came from all over the country and donned their best red outfits for the midnight shoot, according to Laguna Vice Gov. Karen Agapay.

Agapay shared some of the behind the scenes photos on Facebook and it looks like not even the late hour could wipe the smile from their faces.

She said she was proud of the hardworking members of their league, led by National President Isabela Vice Gov. Tonypet Albano and National Chair Oriental Mindoro Vice Gov. Bonz Dolor.

They sure saw red, but they were all smiles!

“March 24-25, 2019: midnight photoshoot with the Executive Committee of the League of Vice Governors of the Philippines. By land, by sea and by air, makarating lang on-time and back to our provinces pagkatapos! Proud of these hardworking men and women, headed by our National President VG Tonypet Albano of Isabela and National Chairman VG Bonz Dolor of Oriental Mindoro 😊💕🇵🇭