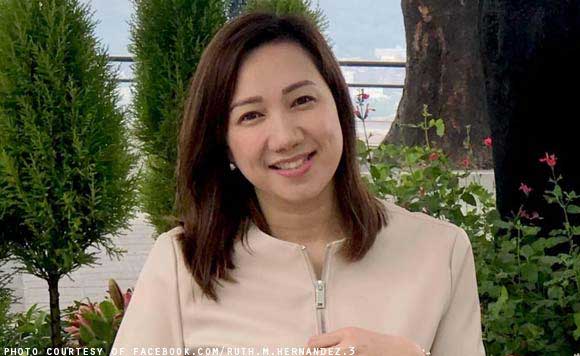 The camp of Laguna provincial board member Ruth Hernandez reportedly want the Commission on Elections (Comelec) to ignore the disqualification case filed against her in connection with her alleged failure to meet the residency requirement to run for Congress.

“Her actions, when it comes to her quest for a congressional seat, are very telling: Where there’s smoke, there’s fire,” he said in his March 19 column for the Manila Times.

The petition to cancel Hernandez’s certificate of candidacy stems from her supposed failure to meet the one-year residency requirement to run for congresswoman of Laguna’s second district, which includes Cabuyao, Los Baños, and Bay towns.

The petition argued that Hernandez, originally a resident of Calamba, fell short of meeting the year-long residency requirement by two days.

Based on photos, there is also no house in the Bay address she indicated in her COC.

Tulfo said Hernandez only submitted documents for building the house in Bay only after the disqualification petition against her was filed.