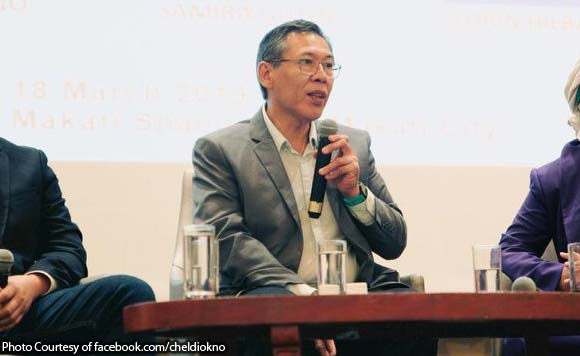 Human rights lawyer Chel Diokno is encouraged by his rising ranking in a pre-election survey even though he has yet to break into the so-called “Magic 12.”

The latest Pulse Asia survey, conducted from February 24 to 28, showed Diokno’s ranking between 22 and 27.

The lawyer, who is running for senator as part of the opposition Otso Diretso slate, said he will work harder to reach more voters.