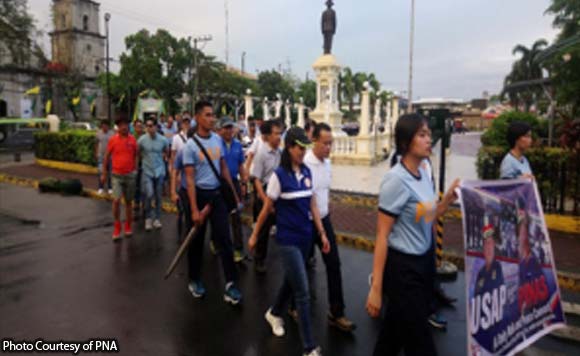 IMUS CITY, Cavite — Trece Martires City and Maragondon are among the local government units (LGUs) that are under close monitoring as areas of concern in Cavite by the provincial police office here after the ambush-slay last year of City Vice Mayor Alex Lubigan, which police described as politically-motivated.

Cavite Police Provincial Director, Col. William Segun, in an interview with PNA, disclosed over the weekend that they were keeping an eye on the two LGUs since the July 2018 ambuscade in Trece Martires City and the alleged involvement of politicians over an abandoned vehicle in a Maragondon highway following the shooting incident.

He led the chiefs of police of Cavite’s seven cities and 16 towns, along with local candidates across the province, during the event at the Imus City Plaza in Barangay Poblacion 1-C here.

Provincial Election Supervisor lawyer Arnulfo Pioquinto and Department of the Interior and Local Government (DILG) Director Eloisa Rozul led the simultaneous recitation of the integrity pledge and the signing of the peace covenant with local political aspirants.