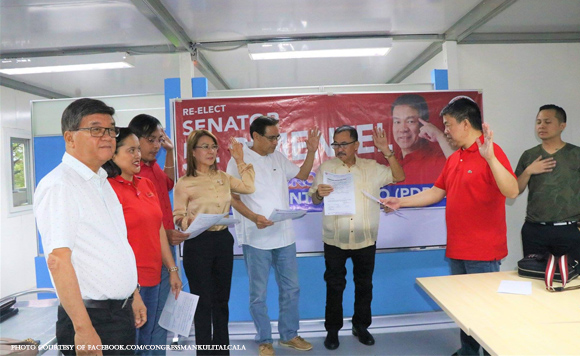 Quezon Rep. Vicente Alcala has cemented his membership in the party of President Duterte as he has taken his oath as member of the Partido Demokratiko ng Pilipino Lakas ng Bayan.

The Alcalas used to be affiliated with the Liberal Party, but the winds have now changed!