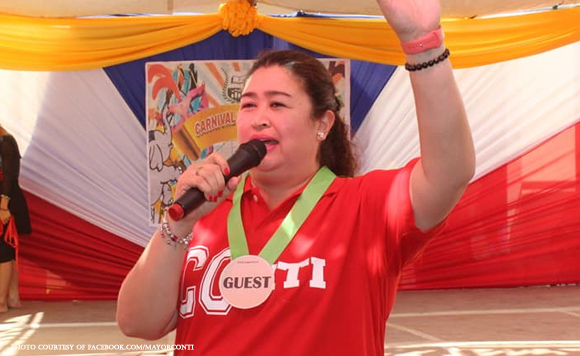 San Pascual Mayor Roanna Conti has taken to Facebook to hit back at Vice Mayor Antonio Dimayuga who filed a grave misconduct and gross ignorance of the law case against her for going to the United States without the knowledge of the local council.

In her post on Facebook, Conti described the allegations as “amusing and baffling,” and said his complaint was baseless.

According to her, her authority to leave was approved by Gov. Dodo Mandanas.

She said Dimayuga, who is facing graft charges, was growing senile, she added.

Looks like politics in San Pascual is heating up!

I deny the allegations and find all the charges made by Mr. Antonio Dimayuga both amusing and baffling.

Perhaps it is only Mr. Dimayuga who is unaware of my authority to travel and leave, as approved by Governor Hermilando I. Mandanas. Please see attached annexes.

Perhaps the old politician, who is the real person facing graft charges before the Office of the Ombudsman, is growing senile and wants to make a return as Mayor even if the recent elections showed that people preferred a new leadership.

This case is totally baseless accusation, which will only waste the time and energy of our good prosecutors in the Ombudsman’s office.

Nevertheless, we are not backing down on this baseless charge and we will face it head on as I know that my name will be cleared of Mr. Dimayuga’s circus accusations.

San Pascual should not be dragged into this dirty political tactics as I have always adhered to an honorable kind of leadership.

I will file a perjury case against him on this since nothing can be further from the truth.