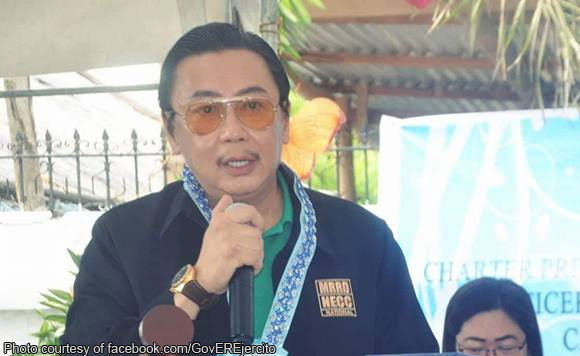 Who does President Duterte support in Laguna?

Former Governor ER Ejercito is disputing reports that the chief executive has given his backing to incumbent Governor Ramil Hernandez.

On Facebook, Ejercito shared post that questioned a photograph of the President raising Hernandez’ hand in Malacanang.

The post claimed Hernandez’ photo was doctored, citing its proportions.

He also questioned whether Hernandez was more influential than Bong Go, Bato Dela Rosa and Mocha Uson for the President to raise his hand and not theirs.

The photoshop job is a dud, he added.

Who does the President really support in Laguna?