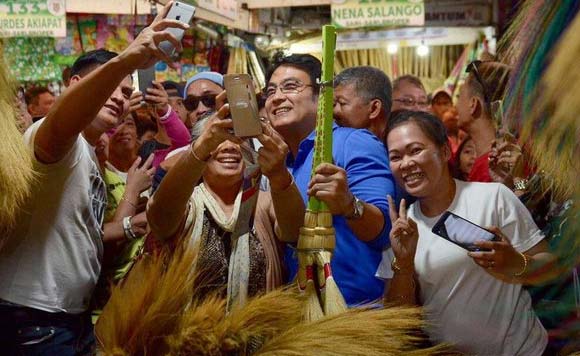 The camp of former senator Ramon “Bong” Revilla Jr. claimed he was mobbed by Baguio City residents when he was there over the weekend even if he was barred from campaigning at the Panagbenga Flower Festival.

In a press release posted on his website, Revilla’s camp said it was he who apologized to residents who could not get closer to him while the festival was going on at Burnham Park.

Revilla’s camp claimed Baguio residents were thrilled to see Revilla when he dropped by at the public market after attending the festivities at Burnham Park.

The former senator, who is seeking a Senate comeback, was barred from speaking to the audience at the Panagbenga festival because the organizers didn’t want it to be a political event.

Aside from Revilla, other senatorial candidates who attended the festival were Ilocos Norte governor Imee Marcos and former senator Lito Lapid. They, too, were prohibited from making a speech.