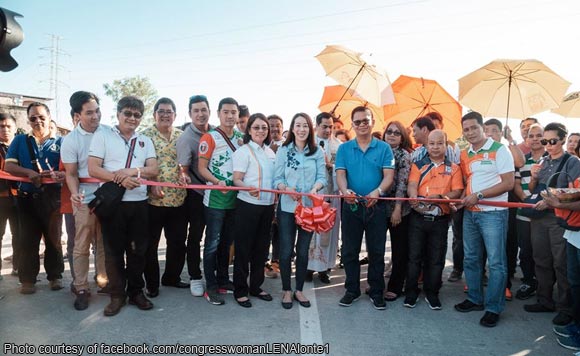 Traffic jams could soon be a thing of the past for motorists passing through Biñan, Laguna with the inauguration of a bridge connecting Barangays Sto. Tomas and San Vicente.

Laguna Rep. Len Alonte recently led the inauguration of the bridge, together with other local government officials and representatives of the Department of Public Works and Highways.

The bridge was constructed as part of the Duterte administration’s “Build, Build, Build” infrastructure program.

In a Facebook post, Alonte said the new bridge will go a long way in easing traffic flow in Biñan.