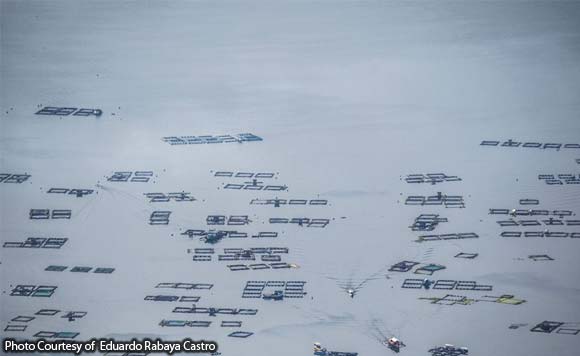 President Rodrigo Duterte warned that Taal Lake would die in 50 years due to excessive fish cage operations if the government does not do anything about its silted waters.

“Pag hindi ninyo dinredge (dredge) ‘yan (Taal Lake) in less than 50 years, tabla na kayo. Ma-ano na. So the next two presidents will have to make that solemn promise to improve the situation there,” said Duterte in a speech in Lagna.

Duterte said he was appalled by the poor state of Taal Lake, a major source of tilapia and bangus for Metro Manila residents, during a helicopter ride to the event.

Previously, the International Union for Conservation of Nature (IUCN) warned that tawilis (sardinella tawilis), a freshwater sardine endemic to Taal Lake, has dropped in numbers by half due to pollution and overfishing.