Cavite declares state of calamity due to measles outbreak 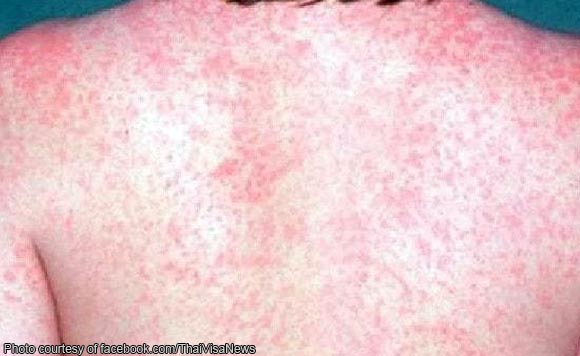 TRECE MARTIRES CITY, Cavite — The Cavite provincial government has declared a state of calamity due to the increasing number of measles cases in the province.

In an advisory from Provincial Information and Community Affairs Division (PICAD) on Friday, the declaration is by virtue of Sangguniang Panlalawigan (Provincial Legislative Council) Resolution No. 1165 which was passed last February 18.

The resolution was approved upon Cavite Governor Jesus Crispin Remulla’s request after the Provincial Disaster Risk Reduction and Management Council convened in an emergency meeting to discuss its plan of action following the Department of Health (DOH) declaration of a measles outbreak in several parts of the country, including the Calabarzon region.

Calabarzon is composed of the provinces of Cavite, Laguna, Batangas, Rizal and Quezon.

Remulla also asked the legislative body to authorize the release of PHP5.904 million from the 5 percent Local Disaster Risk Reduction and Management fund for the provision of drugs and medicines, medical supplies and rice to address the cases.

It will also be used to promote vaccination against measles in the province, the governor said.

In the latest Provincial Epidemiology and Surveillance Unit report provided by PICAD, there are 424 recorded cases of measles from January 1 to February 22, which is 2,550 percent higher compared to last year’s 16 cases for the same period.

The city of Bacoor posted the most reported number of cases with 104, followed by the cities of Imus with 61, Gen. Trias with 55, and Dasmariñas at 52.

The provincial government has enjoined all local government units in the province to be vigilant in addressing the alarming health issue in their localities.

It also encourages all local chief executives to guarantee that all health stations will conduct measles vaccination services for their residents to contain the measles outbreak.

The DOH in Calabarzon, in its mass immunization drive, will be launching its in-mall measles vaccination post at the Serin Mall, in Tagaytay City on Sunday. (PNA)