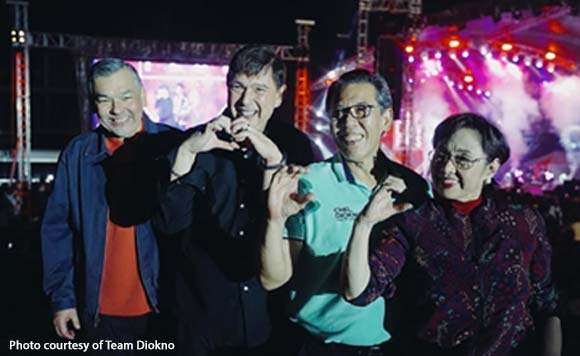 Some 25,000 Batanguenos attended the concert and heard Diokno discuss his platform.

Generations of Dioknos hail from Batangas: Gen. Ananias Diokno, who fought in the revolution; his son, Ramon, who became senator and Supreme Court Justice; and Ramon’s son, Jose ‘Pepe’, a senator and human rights lawyer.

Chel is aiming to be the third Diokno to have a seat in the Senate as part of the “Otso Diretso” slate.