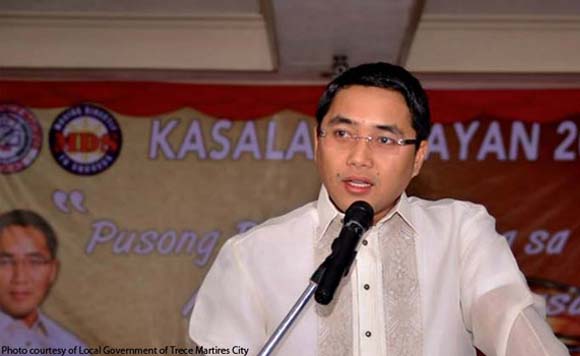 Prosecutors have dropped the criminal case against Trece Martires City, Cavite Mayor Melandres De Sagun and two others for the killing of Vice Mayor Alex Lubigan and his driver Romulo Guillemer in July last year.

Department of Justice (DOJ) spokesperson Undersecretary Markk Perete on Tuesday informed reporters of this development in a text message.

On the other hand, the DOJ found probable cause to indict alleged gunman Ariel Paiton for two counts of murder and Maragondon, Cavite municipal councilor Lawrence Arca as accessory to the crime.

On July 7 last year, Lubigan, 44 and his driver Guillemer, 50 were travelling along the Trece-Indang Road in Barangay Luciano, Trece Martires City when they were ambushed by several armed men.

Desagun’s security aide Romeo Edrinal, 56, who was also on board the vehicle was injured during the attack. (PNA)