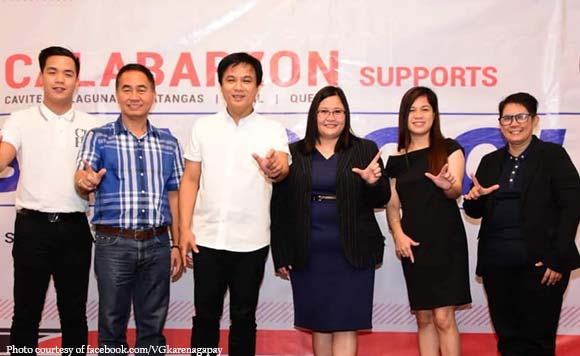 Calabarzon officials are among those who have vowed to help the candidacy of Bong Go, President Duterte’s former special assistant.

Go, whose only claim to fame is his ties with Duterte, is running for Senator in the May elections.

Agapay was also among the local officials who joined the group and vowed to campaign for Go as well. She shared photos of the event on Facebook.

Go hails from Batangas, so they at least have something in common with him.

“Laguna Governor Ramil Hernandez, together with other governors of the CALABARZON Region (Gov Remulla of Cavite, Gov Suarez of Quezon, Gov Ynares of Rizal and Gov Mandanas of Batangas) unanimously pledged their support to SAP Bong Go on his candidacy for Senator.