Walang takot! 2 Chinese die in shoot out with police over P2B shabu 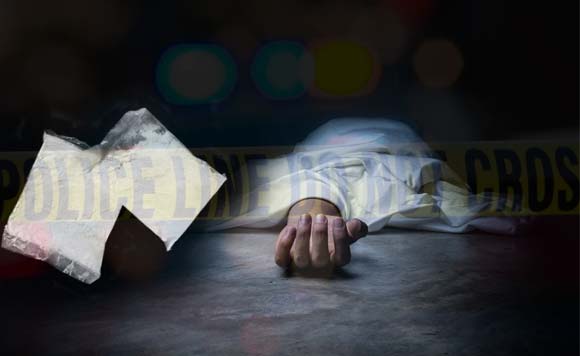 PDEA Director General Aaron Aquino identified the two Chinese nationals as Vincent Du Lim and Hong Li Wen, who shot it out with combined PDEA, Intelligence Service of the Armed Forces of the Philippines (ISAFP) and Philippine National Police operatives.

The authorities seized from the two suspects a .45-caliber pistol, a 9mm pistol and more or less 274 kilos of shabu with estimated value of P1.9 billion.

Aquino said the operation, which was in coordination with the ISAFP, was conducted at around 4 p.m. at a warehouse in Barangay Amaya 1, Antero Soriano Highway in Tanza.

He said the poseur buyers saw the shabu being repacked from the warehouse gate so they alerted the main group of the arresting team.

“When they went in, the two Chinese were surprised and fought it out,” said Aquino in an interview.

“Actually, we’re only buying just one kilo. Maybe, these Chinese could not send someone (to deliver the drugs) so they asked our men (poseur buyers) to proceed to the warehouse…There were only two of them, probably because it’s Sunday, no workers were around,” the PDEA chief said, adding the drugs may have been shipped to the country recently.

Citing initial assessment, Aquino said the seized shabu may have come, probably from China, which were “dropped” somewhere in Ilocos region as drug syndicates have refrained from smuggling drugs through the ports because PDEA and the Customs bureau have stepped up anti-drug operations there.

“The carton boxes are still wet. This means that it came from the sea within the day, then transported (to the warehouse),” Aquino said.

“We assumed they opted to shipside smuggling wherein a vessel will drop the drugs in the high seas and they will be collected by small vessels who will then bring them to the warehouse,” he said.

Aquino said the suspects decided to repack the drugs in Cavite because of its proximity to the National Capital Region, implying that the drugs are intended for distribution in Metro Manila.

“It’s easier to distribute them (drugs) if you’re near Metro Manila. It’s hard to establish a packing area in Metro Manila because it’s easy to detect. It’s easier if it’s done in the province and that is what they did,” Aquino added. (PNA)