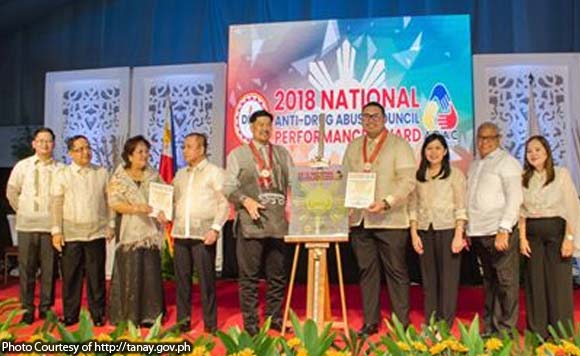 The efforts of the municipality of Tanay, Rizal in fighting illegal drugs has been recognized by the Department of Interior and Local Government (DILG).

Tanay was one of the 241 recipients of the National Anti-Drug Abuse Council (ADAC) Performance Awards given by the DILG for 2018.

The local government snagged the award after scoring 92.5 in the DILG’s audit of ADACs for 2017.

The DILG said Tanay’s score proves it is one with the government in fighting the illegal drug menace.