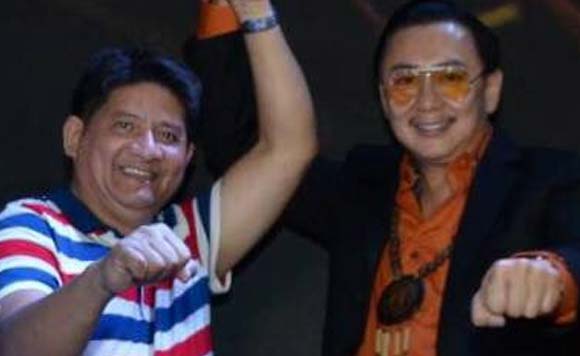 Politics is addition, and election season is a busy time for forming alliances.

Former Laguna Gov. ER Ejercito, who is running in next year’s polls, has gotten the support of senatorial candidate Larry Gadon, a lawyer who became known for his efforts to have former Chief Justice Maria Lourdes Sereno impeached.

ER shared photos of them with Gadon on Facebook.

Gadon, though, is a newbie to politics, unlike the Ejercitos who have been in public service for years. Is he an effective endorser?

We guess we shall see!