Dinner with the champ! Mark Leviste, Pacquiao feast on Pinoy food in LA 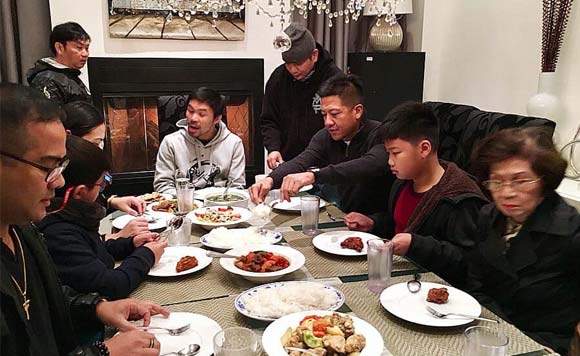 Former Batangas vice governor Mark Leviste has scored a rare opportunity to dine with Senator Manny Pacquiao at his mansion in Los Angeles, California as the boxer-politiko trains for his upcoming fight.

Leviste shared photos of him and Pacquiao feasting on Filipino food in a Facebook post dated December 28. The former vice governor appeared to have brought his children to meet the eight-division world boxing champ.

The Batangueño politiko said his dinner with Pacquiao was his own way of celebrating Boxing Day, a British holiday marking the first weekday after Christmas.

“Dinner of Champions. We visited the Champ at his crib and joined him for some home-cooked Filipino dinner,” Leviste said.

The former vice governor indicated that he will Pacquiao’s January 19 fight against Adrien Broner live at the MGM Grand in Las Vegas, Nevada.

“Did you know that Senator Manny Pacquiao won ALL his fights wherein I watched live?” he said, followed by a winking emoji and a hashtag, #justsaying.