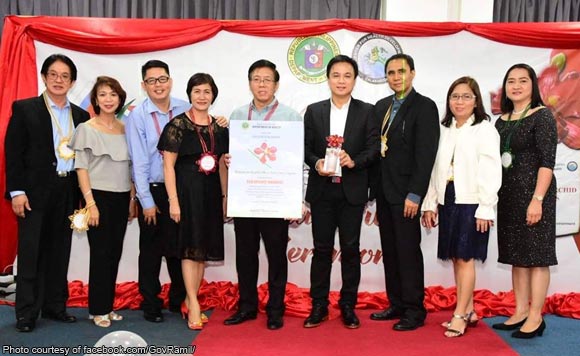 Laguna has entered the Department of Health’s (DOH) Hall of Fame for its anti-smoking campaign after winning the Red Orchid Award for the third year in a row.

The award is given to local government units which strictly implement the law banning smoking in public places.

Aside from a plaque, the provincial government received a P100,000 cash reward to be used for its anti-smoking programs.

Politiko would love to hear your views on this...
Post Views: 4
Tags: Department of Health, Governor Ramil Hernande, Quezon City