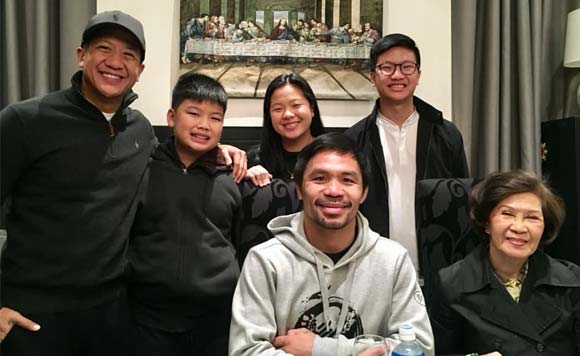 It was probably the most apt time to visit Sen. Manny Pacquiao, the pambansang kamao.

Former Batangas Vice Gov. Mark Leviste, who is in the United States for the holidays, visited Pacquiao in Los Angeles, where the latter is training for his forthcoming fight.

The visit came the day after Christmas, which is celebrated in western countries as “ Boxing Day.”

Leviste shared the photos on Facebook and had a home-cooked Filipino dinner with Pacquiao.

The former Batangas politiko also shared a fun fact: Pacquiao won all of his fights that Leviste watched live.

Is he the lucky charm? We guess we will see!