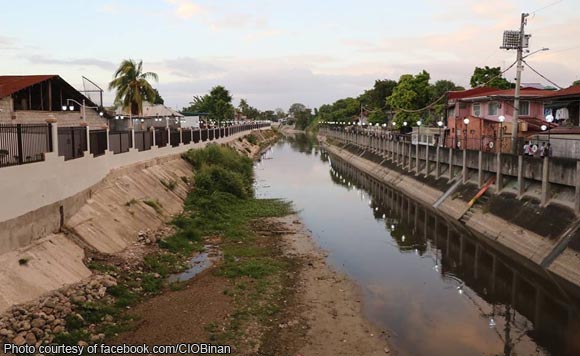 Residents of Biñan, Laguna can now cross above the Biñan River without fear or worries.

It is also fenced to deter people from jumping into the river.