Former Sen. Bong Revilla Jr. has one Christmas wish for his dad 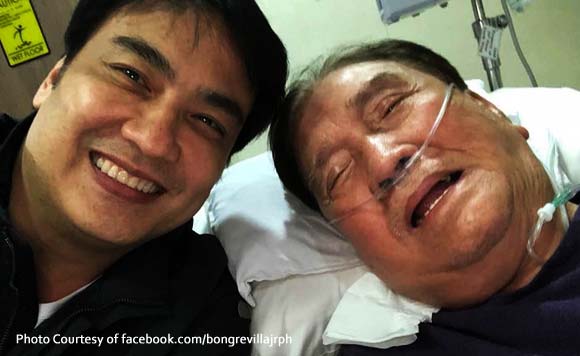 Since he is now a free man, former Sen. Bong Revilla Jr. just has one Christmas wish for his dad.

In a Facebook post, Bong said his wish was for his father, Ramon Revilla Sr., to get well soon so that they would always be together.

According to Bong, it was his father who taught him the true meaning of Christmas.

It seems he’s putting it to practice by wishing for good things for other people.