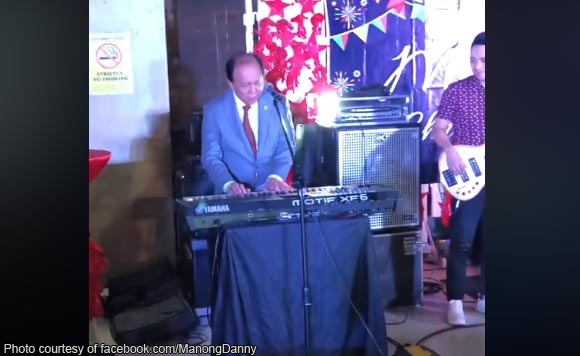 Who knew House Minority Leader Danilo Suarez could belt out a tune?

Certainly not a lot, that’s why it came as a surprise to House employees and politikos when he took the stage at the House Minority bloc’s Christmas party last week to jam with the band.

Videos uploaded on Suarez’s Facebook page showed him singing a song and playing an electric organ at the same time at the party.

He also showed off his prowess in playing the electric guitar.

Suarez said music is one of his interests so he grabbed the chance to show his talents at the party.

Politiko would love to hear your views on this...
Tags: Christmas party, Danilo Suarez, Facebook page