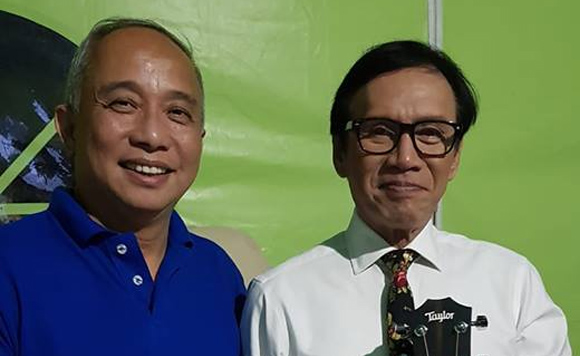 Before boybands dominated the music scene, there were singer-songwriters like Rey Valera.

Dasmarinas Vice Mayor Rex Mangubat showed his fanboying side when he became so excited to see Valera perform at the city’s Christmas party.

On Facebook, Mangubat shared a photo of himself with Valera and posted a video of him singing the famous song
“Maging Sino Ka man.”

Looks like Mangubat had a blast at the party!

“REY VALERA IS IN THE HOUSE!!!! Thank you Mayor Pidi and Cong Jenny!,” he posted.