Ex-cop, 7 others killed in Laguna crackdown 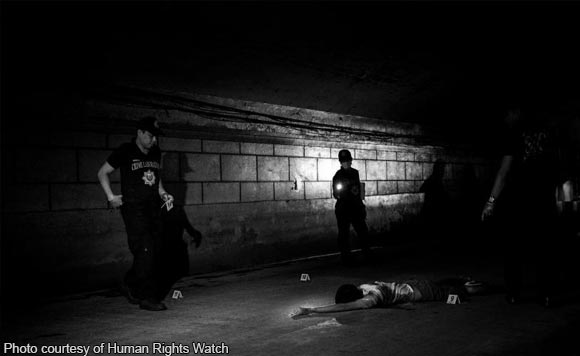 CALAMBA CITY, Laguna – Eight suspects, including a dismissed police officer, were killed in shootouts with lawmen during simultaneous drug buy-bust and anti-criminality enforcement operations in the province from Thursday evening to early dawn on Friday.

Laguna police provincial director Senior Supt. Eleazar Pepito Matta said the operations were conducted, especially so that it is the Yuletide Season – when lawless elements and criminals victimize hapless and innocent civilians.

The simultaneous crackdown and anti-illegal drugs operations resulted in the deaths of dismissed Senior Police Officer 4 (SPO4) Nelson Dimatulac and his cohort, identified only as an alias “Quintin,” during the buy bust operation jointly conducted by the Provincial Intelligence Branch, Provincial Drug Enformement Unit and the San Pablo City police around 2:05 a.m. Friday in Purok 7, Barangay 1B in San Pablo City.

Matta reported that the armed encounter ensued when the retired police officer sensed he was dealing with a police poseur’buyer.

He said Dimatulac and alias Quintin, believed to be a member of the ‘Batang Kubo’ gun-for-hire group, engaged the lawmen in a firefight.

Recovered in the aftermath of the shoot out were a 12-gauge shotgun and one .38 caliber revolver, which were turned over to the Provincial Crime Lab.

Matta also reported that in Sta. Rosa City, the city police Drug Enforcement Team’s (DET) buy-bust operation, in coordination with the Philippine Drug Enforcement Agency (PDEA 4A), has resulted in an armed encounter around 9:10 p.m. Thursday on a vacant lot in Daang Bakal, just across the SM City Sta. Rosa mall in Barangay Tagapo.

Baladad immediately drew his .45 caliber pistol and fired at the lawmen, who in turn fired back and hit him, Vitto said.

Baladad was rushed to the nearest hospital for treatment but was declared dead on arrival .

Recovered from the scene weŕe a fired cartridge case of .45 caliber and four live ammunition of caliber .45; 12 pieces of transparent plastic sachets containing suspected shabu, the PHP 500 buy-bust money and the cal. .45 Colt used by the suspect.

Police said the suspect was notorious in supplying illegal drugs and had been the subject of reports by the community and the Barangay Anti-Drug Abuse Council (BADAC).

Also on Friday, the Sta Cruz Municipal Police conducted a buy-bust operation at Sitio 6, Barangay Bagumbayan, lawmen also engaged in a shootout with the drug suspect Jayson Sarreal, 35, a Cavite resident, who was armed with a .38 caliber revolver.

Sarreal fired at the police undercover agent during the drug deal but missed, prompting law enforcers to fire back and killed him on the spot.

In Barangay San Antonio, San Pedro City, a suspected gun-for-hire identified as Fernando Custodio was killed in a shootout with local police following a drug buy-bust operation around 11:55 p.m. Friday.

Aside from being on the police watchlist for drug personalities, Custodio was also allegedly a member of the Ricky “Chong” Camerino drug and gun-for-hire group, which was responsible for the killing of officials of the Bureau of Corrections in recent months in adjacent Muntinlupa City, according to San Pedro police chief Supt. Giovannie Martinez.

Martinez said Custodio opened fire during the buy-bust. The police recovered a .45-caliber gun and a sachet of suspected shabu.