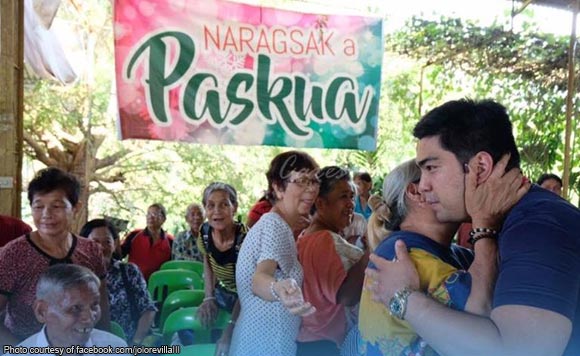 Cavite Vice Gov. Jolo Revilla is a loving son to his parents, but he is actually a lola’s boy.

Revilla shared this tidbit in a Facebook post about his visit to see 300 senior citizens in San Fernando, La Union.

Revilla said he was neither a mama or a papa’s boy because he was always tailing behind his grandmother, who he called Mommy Cena. This was why he was a lola’s boy.

His lola has since passed away, but he said his happiness at being with senior citizens remains.

Looks like he is still a lola’s boy up to now!