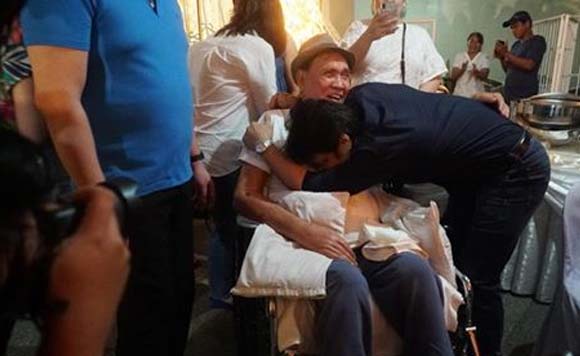 After four years in detention for plunder, former Senator Bong Revilla Jr. can now play the role of son to the hilt.

Now that he is a free man following his acquittal, Revilla said he will spend time taking care of his ailing father, Ramon Revilla Sr.

In a Facebook post, Revilla said he was glad that he could now fulfill his duties as his son and spend as much as time as he wants with his father.

He promised to make it up to the elder Revilla after so many years spent apart.

He now has all the time in the world!