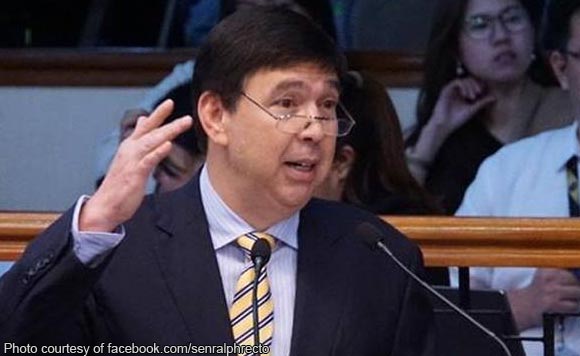 Senate President Pro Tempore Ralph Recto wants the government’s economic managers to make a biannual appearance before a joint committee of Congress to report on the country’s debt and finances.

The Batangas politiko said Senate Bill 1483 will require the secretaries of the Department of Finance (DOF) and the Department of Budget and Management (DBM), the Director-General of the National Economic and Development Authority (NEDA), and the Governor of Bangko Sentral ng Pilipinas to render “what is essentially a SODA, or State of the Debt Address” amid the piling debts the government has been incurring without Congression review.

Recto said there is an “alarming trend of finding foreign financing, signing the loan papers, and passing, as a matter of fait accompli, the loan repayment to Congress — instead of first securing appropriations for a certain project or program.”

“There is always the temptation of going on a borrowing spree and letting the succeeding administrations pay for it. Kung ganoon ang siste, future income is mortgaged, and budget space is constricted,” Recto added said.

Politiko would love to hear your views on this...
Post Views: 0
Tags: Congress, Department of Budget and Management (DBM), Department of Finance (DOF), economic managers, Ralph Recto, State of the Debt Address