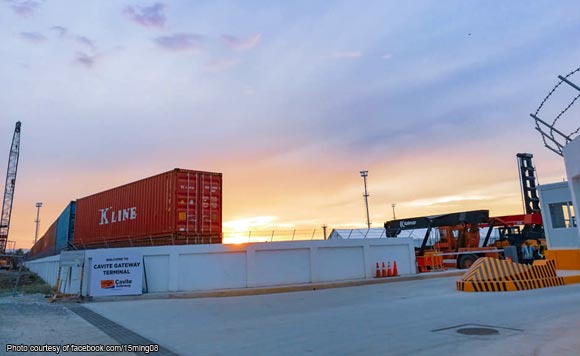 TANZA, Cavite – The newly-opened Cavite Gateway Terminal (CGT) will transform this first class town into a progressive city in the next five years, according to Governor Jesus Crispin Remulla.

“Hindi aabot ng limang taon, it is going to be a city (It will not take 5 years, it will become a city),” Remulla told media on the sidelines of CGT’s inauguration on Thursday ,

He said the opening of the terminal, located at the town’s Km 41 Capipisa East, A. Soriano Highway, would redound to influx of investors, more job opportunities, and more robust activity in the town.

Under Section 450 of the Republic Act No. 7160, otherwise known as the Local Government Code, as amended under Republic Act No. 9009 dated Feb. 24, 2001, “A municipality or a cluster of barangays may be converted into a component city if it has a locally generated average annual income, as certified by the Department of Finance, of at least PHP100,000,000) for the last two consecutive years based on 2000 constant prices.”

Department of the Interior and Local Government (DILG) data showed that Tanza has met these requirements with 41 barangays (villages), a land area of 28,296 hectares and a population of 305,607 in 2010.

The PHP15-billion CGT – a result of collaboration between port-sector leader International Container Terminal Services, Inc. (ICTSI) and the Department of Transportation (DOTr) – has the capacity to accommodate 115,000 twenty-foot equivalent units (TEUs) of containerized cargo.

Tanza was chosen as the site due to its strategic location (within 5 to 30 kilometers from its radius) to a number of major economic zones in Cavite (which includes, among others, the Cavite Export Processing Zone and First Cavite Industrial Estate located in the cities of General Trias and Dasmariñas).

Once fully operational, CGT will facilitate the seaborn connectivity of containers between Cavite and other Luzon port facilities and will equate to faster and more cost-effective access to the Cavite market.

With the use of waterways for transport, taking cargo and people out of the roads, it is seen to decongest traffic in Metro Manila roads.

Cavite businesses will soon have options to transport cargo to other Luzon ports, including the Ports of Subic and Batangas.

Thus, “it is sure to attract more investors, and I am saying the big ones, with this offered ease and cost-effective conduct of business,” Remulla said.

President Rodrigo Duterte, who led the CGT inauguration, thanked the local officials, led by Remulla, for making the project possible.

In response, Remulla said “all assistance were extended to let the people know that what the President is saying can be done, and to show the others that great projects are possible without red tape or corruption.”

On to its next phase, which is the passenger/ferry system, Remulla said he “will meet with the Department of Transportation Secretary about it.

“We can do it as early as December, but we will look at the improvement of access roads (leading to and from) the Cavite Gateway Terminal first, “which is a concern for (Department of Public Works) Secretary (Mark) Villar.”